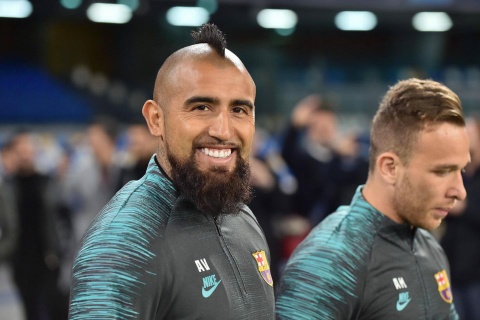 Inter Milan are preparing to bring in new players as they are confident that coach Antonio Conte will remain at the club. As part of that, Inter have begun efforts to bring Roma superstar Kolorov and Milan star Sandro Tonali to the club. Conte and Inter Milan are currently trying to sign Barcelona's Chilean midfielder Arturo Vidal. Attempts to do so have reportedly begun.

This was reported by the famous Italian media Corey delo Sport. Vidal has been Antonio Conte's target since he joined Inter. Vidal and Conte have worked together before. Vidal played under Conte when he was Juventus coach. Juventus then went on to win consecutive Serie A titles. Conte is one of the coaches who knows how to use Vidal.

Vidal is currently the player that FC Barcelona intends to avoid. Coach Kuman Vidal was told he was not needed. With this, Vidal was forced to find another club. He praised Conte in an interview with YouTube the other day. Vidal commented that he was like a machine. Vidal also said that Conte's tactics were excellent.

Inter are not ready to spend more than 20 million euros on the player. If the player goes to Inter, it will be to replace midfielder Christian Eriksen. The player joined Inter from the Premier League last January. But Inter are preparing to send the player back next month. At the same time, Vidal has made it clear that he will go to Juventus if new coach Pirlo is invited.