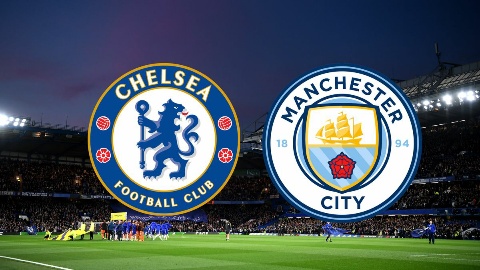 The English duo, "Chelsea and Manchester City", managed to climb to the Champions League final, after defeating Real Madrid and Paris Saint-Germain in the semi-finals, and the two teams meet tomorrow in a test fiery summit for the Champions League final, where Chelsea, led by German coach Thomas Tuchel, is a heavy guest on Manchester. City, led by Spanish coach Pep Guardiola, is the summit of the thirty-fifth week of confrontations in the framework of the Premier League competition, which we will show you a comprehensive guide to below.

⚽ Both ends of the match: Man City VS Chelsea

🏆 Championship: Premier League - Top of the 35th round

Man City currently tops the Premier League table with 80 points, where the Sky Blues have fought 34 games so far, won 25 matches, drew 5 matches, and met 4 defeats, City players scored 71 goals as the strongest line of attack among the Premier League teams, while Their goal is set with 24 goals.

On the other hand, Chelsea occupies fourth place with 61 points, as the Blues have played 34 games so far, they have won in 17 matches, drawn in 10 matches, and suffered a bitterness of defeat in 7 confrontations, and the Blues players scored 53 goals, while their goal was scored by 31 goals,