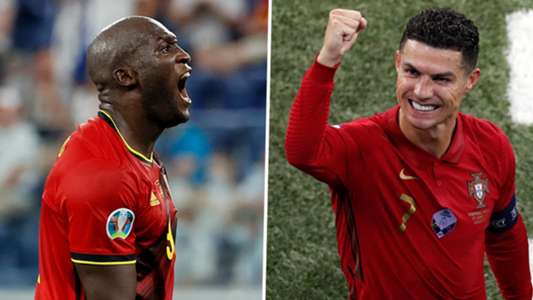 "La Cartuja" stadium will receive a strong and exciting match, which brings together the Belgium team against its counterpart Portugal, on Sunday evening, June 27, 2021, in the framework of the 16th round of the European Nations Cup "Euro 2020".
Belgium qualified for the round of 16 as the leader of its group with 9 points. It achieved three consecutive victories and deservedly topped the group. It is one of the strongest teams at the present time that will compete strongly for the title, so this meeting will be of great importance for him in order to ensure qualification for the quarter-finals next.
On the other hand, the Portuguese team qualified, which is the third in the group with 4 points and is equal with the second-placed Germany team with the number of points. In its last confrontation, he played with the French team. The meeting between them ended 2/2 and it was a strong confrontation between the two teams and is preparing to meet. The Belgian team enters the meeting knowing well The opponent is not easy and the match will be tough and strong