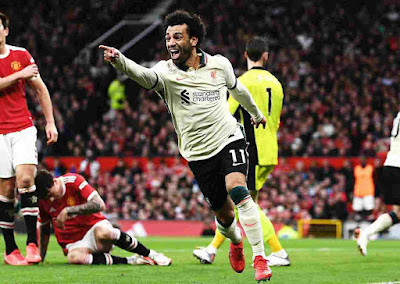 📍United have always conceded goals at Old Trafford this season.

📍United have only won 2 of the last 6 matches.

📍The Red Devils' top scorer, Bruno Fernandes, has failed to score in the last 4 matches.

📍Liverpool have not been touched by defeat this season.

📍In away games this season the Reds have always scored at least 3 goals.

📍Liverpool have only kept one clean sheet in their last 5 matches.

📍Manchester United have only won 2 of their last 13 matches against Liverpool at Old Trafford.

📍The last 2 meetings between the two at Old Trafford produced 11 goals.

📍In the last 2 visits to Old Trafford, Salah has scored 3 goals.

📍Solskjaer has only beaten Klopp once.

📍Throughout his coaching career, Solskjaer has only won once over Liverpool.

📍Of the last 7 matches against United, Klopp has only lost once.

📍Anthony Taylor will lead the Manchester United vs Liverpool game

📍Only 2 times the status of the team as the host lost when Taylor led the game this season.

📍The last 4 games led by Taylor, the Reds have won only once.

📍From the last 9 matches led by Taylor, the Red Devils won 7 victories.

📍Anthony Taylor has only led Manchester United vs Liverpool twice and the Reds are unbeaten.