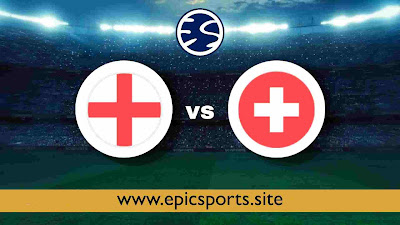 England | WDWDWW 📈
England are hoping to win again following a 0-10 WC Qualifiers - Europe victory versus San Marino.
In that game, England managed 85% possession and 22 shots at goal with 13 on target. For England, the scorers were Harry Maguire (6'), Harry Kane (27', 31', 39', 42'), Emile Smith Rowe (58'), Tyrone Mings (69'), Tammy Abraham (78') and Bukayo Saka (79'). San Marino had 2 shots at goal with 1 on target. Fabbri (15' Own goal) was the scorer for San Marino.
England have been on a persistent run of goalscoring form, finding the back of the net in each and every one of their last 6 games.
They have claimed a sum of 26 during that period while seeing the number of goals scored against them stand at 2. Having said that, we will just have to wait and see whether that trend might be sustained in this upcoming match.


Switzerland | DDWWDW 📈
Switzerland come into this game after a 4-0 WC Qualifiers - Europe win as they beat Bulgaria in their previous match.
In that match, Switzerland had 69% possession and 18 shots on goal with 9 on target. For Switzerland, goals were scored by Noah Okafor (48'), Ruben Vargas (57'), Cedric Itten (72') and Remo Freuler (91'). At the other end, Bulgaria had 1 attempts on goal with 0 on target.
A series of dependable performances by the Switzerland defensive unit has resulted in their ‘goals against’ tally standing at 1 from their previous 6 clashes overall. Over that same time, the number of goals that they have scored themselves amounts to 11.


🏴󠁧󠁢󠁥󠁮󠁧󠁿 England XI: Pickford; Walker-Peters, Stones, Guéhi, Coady, Shaw; Gallagher, Henderson, Mount; Foden, Kane
🇨🇭Switzerland XI: Omlin; Widmer, Frei, Akanji, Rodríguez; Xhaka, Freuler; Steffen, Shaqiri, Vargas; Embolo
🔴 FT : England | 2 - 1 | Switzerland
22' | 0 - 1 | Breel Embolo
45+1' | 1 - 1 | Luke Shaw
78' | 2 - 1 | Harry Kane (pen.)
🤜🤛 Head to head
An examination of their past head to head results stretching back to 07/09/2010 shows that these fixtures have ended in disappointment for Switzerland. They have not managed to register any wins at all whereas England have remained in the ascendancy, finishing as winners in 67 per cent of those ties.
A combined sum of 13 goals were scored between them in these games, with 10 of them from The Three Lions and 3 coming from Nati. The average goals per game has been 2.17.
🧠 Prediction
We envisage that Switzerland are capable enough to get a goal against this England outfit, although it probably shouldn’t be as many as they will have scored against them.
We’re tipping both teams to score in a 2-1 victory for England when all is said and done. Looking forward to this.