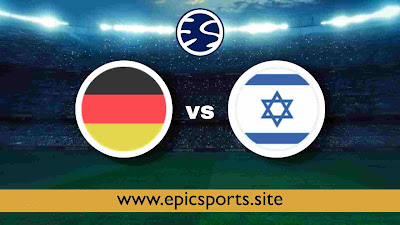 Germany | WWWWWW ✅
Germany are hoping to win again following the 1-4 WC Qualifiers - Europe victory vs Armenia.
In that match, Germany had 74% possession and 20 attempts on goal with 9 on target. For Germany, the goalscorers were Kai Havertz (15'), İlkay Gündoğan (45', 50') and Jonas Hofmann (64'). At the other end, Armenia had 4 attempts at goal with 1 of them on target. Henrikh Mkhitaryan (59') was the scorer for Armenia.
Germany have been offensively very strong recently, hitting 29 goals past their opponents during the course of the last 6 outings. In those games, Germany have also seen the number of goals that have gone against them total 2. That kind of trend won’t necessarily be sustained into this game, though.


Israel | WLLWLW
Israel come into this match following a 3-2 WC Qualifiers - Europe win over Faroe Islands in their previous outing.
In that match, Israel managed 62% possession and 13 attempts on goal with 6 on target. For Israel, the scorers were Mu'nas Dabbur (30'), Shon Weissman (58') and Dor Peretz (74'). Faroe Islands had 7 attempts on goal with 3 of them on target. Vatnhamar (62') and Olsen (72') scored for Faroe Islands.
Looking at their form, and Israel have been scored against in 6 of their last 6 games, with opponents netting 17 goals in all. In defence, Israel just haven’t been too solid at all.
✨ Prediction
It’s looking like Israel will find it extremely difficult to get a single goal against a Germany side who will most probably dominate this game and make it count on the scoreboard.
We predict a very comprehensive 4-0 belting which could even be higher for Germany at full-time.