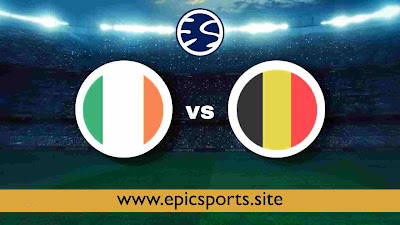 Ireland | DDWWDW 📈
Ireland will be hoping for a repeat of their last result, following the 0-3 WC Qualifiers - Europe success against Luxembourg.
In that game, Ireland managed 56% possession and 17 attempts on goal with 7 of them on target. For Ireland, the goals were scored by Shane Duffy (67'), Chiedozie Ogbene (75') and Callum Robinson (88'). On the other side, Luxembourg had 8 shots on goal with 2 of them on target.
Their most recent results really do illustrate the point that things are going according to plan in the Ireland rearguard. Ireland have been stingy, resulting in the tally of goals that have gone in at their end during their previous six clashes standing at 2. That sort of pattern isn’t assured to be carried forward into this next game, of course.


Belgium | WWLLWD
Last time out, Belgium drew 1-1 in the WC Qualifiers - Europe tie with Wales.
In that game, Belgium managed 76% possession and 16 shots at goal with 4 on target. The scorer for Belgium was Kevin De Bruyne (12'). On the other side, Wales had 8 attempts on goal with 3 of them on target. Kieffer Moore (32') scored for Wales.
Over the course of their last half-dozen clashes, Belgium have bagged a tally of 11 goals. Belgium have additionally got on the scoresheet on each one of those occasions. Over that period, they have seen 7 goals go against them.