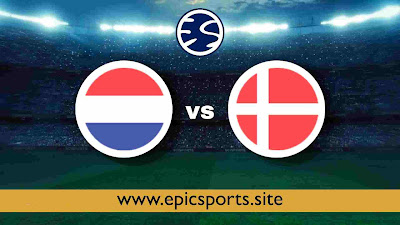 Netherlands | WWWWDW 📈
Netherlands will be hoping for a repeat of their last result, following a 2-0 WC Qualifiers - Europe victory against Norway.
In that match, Netherlands managed 65% possession and 10 shots on goal with 5 on target. For Netherlands, goals were scored by Steven Bergwijn (84') and Memphis Depay (91'). For their opponents, Norway had 2 attempts at goal with 0 of them on target.
Netherlands can boast an impressive attacking record recently, smashing 21 goals past their opponents during the course of the previous six outings. In those meetings, Netherlands have also seen the number of goals that have gone against them total 3.


Denmark | WWWWWL
Since suffering a loss in their previous game against Scotland in WC Qualifiers - Europe action, Denmark and their travelling fans will hope for a better result here.
In that game, Denmark had 59% possession and 9 shots at goal with 2 of them on target. At the other end, Scotland had 9 attempts on goal with 4 on target. John Souttar (35') and Ché Adams (86') scored for Scotland.
The trend of at least one team not managing to score in games featuring Denmark has been evident of late. Looking at their last six meetings reveals that this has occurred 5 times. In those clashes, their opponents have managed a goal total of 3 and Denmark have scored 14. Nonetheless, we’ll just have to find out if that pattern might persist in this next game or not.
⭕️ FT : Netherlands | 4 - 2 | Denmark
16' | 1 - 0 | Steven Bergwijn
20' | 1 - 1 | Jannik Vestergaard
29' | 2 - 1 | Nathan Ake
38' | 3 - 1 | Memphis Depay (pen.)
48' | 3 - 2 | Christian Eriksen
71' | 4 - 2 | Steven Bergwijn
🧠 Prediction
We’re inclined to think that Netherlands look set to create the chances to score more than once when they meet Denmark, who will be up against it to break down their defence.
We’re therefore expecting to see a controlled 2-0 winning score for Netherlands at full-time.