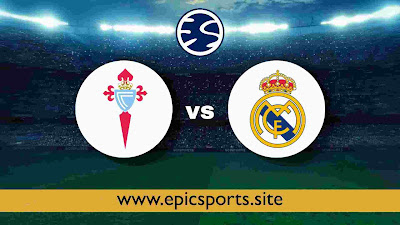 In that match, Celta Vigo managed 52% possession and 9 attempts on goal with 3 on target. Real Betis got 7 shots at goal with 1 of them on target.

Under three goals per game were recorded in 5 of the past 6 meetings where Celta Vigo have been involved. Regarding the goal split during this period, their opponents scored a total of 7 and Celta Vigo got themselves 5. It will be interesting to see whether or not that trend will be sustained in this game.

After being beaten in their last game against Barcelona in La Liga competition, Real Madrid and their travelling supporters will be hoping that they can get a better result in this one.

Illustrating their predisposition for action-packed encounters, we’ve had goals 20 times in the prior 6 matches in which Real Madrid have taken to the pitch, making it a mean average of 3.33 goals each meeting. Opposition teams have got 6 of those goals.