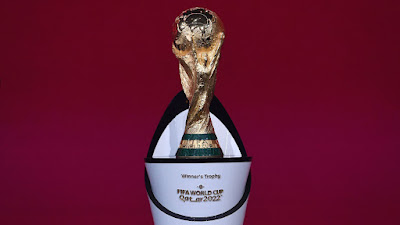 How does it work?

This World Cup has the same format as the past few tournaments, with teams drawn into eight groups of four.

Teams are seeded based on the Fifa world rankings released on 31 March. Hosts Qatar will be given position A1 from Pot 1 and the top seven ranked teams who have qualified are the other top seeds. England are among them.

The three play-off winners not yet decided (Wales v Scotland/Ukraine, Costa Rica v New Zealand, UAE/Australia v Peru) will be in the bottom pot of seeds.

The draw will start with the teams in the top pot and work downwards, finishing with the bottom pot.

After a team is drawn out, a second ball will be drawn to decide which group they are in.

Teams from the same continent will be kept apart - except for European countries, where a maximum of two can be in any one group.

Unlike in previous World Cups, the match schedule will be decided afterwards and will not happen automatically depending on how teams are drawn out.

Fifa says this provides "scope to provide a more beneficial kick-off time for audiences at home"..