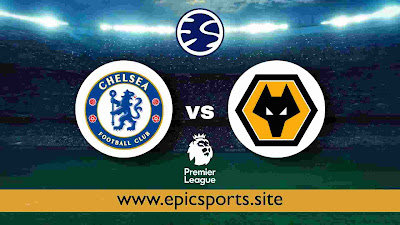 advertisement
🏴󠁧󠁢󠁥󠁮󠁧󠁿 Chelsea XI: Mendy, Silva, Rüdiger, Azpilicueta, Kovacic, James, Alonso, Loftus-Cheek, Werner, Lukaku, Pulisic
🏴󠁧󠁢󠁥󠁮󠁧󠁿 Wolves XI: José Sá, Coady, Saïss, Boly, Aït-Nouri, Jonny, João Moutinho, Dendoncker, Rúben Neves, Jiménez, Pedro Neto
🔴 FT : Chelsea | 2 - 2 | Wolves
56' | 1 - 0 | Romelu Lukaku (pen.)
58' | 2 - 0 | Romelu Lukaku
79' | 2 - 1 | Trincao
90+7' | 2 - 2 | Conor Coady
Chelsea | WWLWDL
Chelsea will be looking for an improved result here following the 1-0 Premier League defeat last time out to Everton.
In that match, Chelsea managed 78% possession and 17 shots on goal with 5 on target. Everton had 9 attempts on goal with 4 on target. Richarlison (46') scored for Everton.
In their preceding 6 games, Thomas Tuchel's Chelsea have found the net 9 times which gives them an average number of goals scored per match of 1.5.
Leading up to this clash, Chelsea:
haven't been beaten in the league by Wolverhampton Wanderers in their previous 2 games.
have not beaten Wolverhampton Wanderers in their last 3 league games.
Wolverhampton Wanderers | WLWLLL 📉
After being beaten in their last game against Brighton & Hove Albion in Premier League competition, Wolves will be aiming to make amends here.
In that game, Wolverhampton Wanderers had 49% possession and 11 shots at goal with 1 of them on target. Brighton & Hove Albion had 17 attempts on goal with 9 of them on target. Alexis Mac Allister (42'), Leandro Trossard (70') and Yves Bissouma (86') scored for Brighton & Hove Albion.
The numbers tell their own story, and Wolves have been scored against in 5 of their last 6 games, seeing their opponents hit 9 goals in all. At the back, Wolverhampton Wanderers seem to have a bit of a soft underbelly. That sort of pattern won’t necessarily be sustained here, though.
Coming into this fixture, Wolverhampton Wanderers are without a win away from home in their last 2 league matches.
#KR
#EPICSPORTS