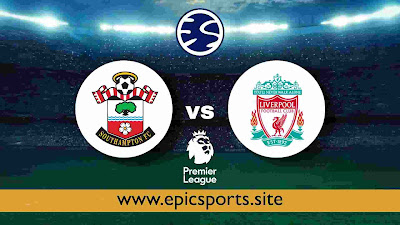 advertisement
🏴󠁧󠁢󠁥󠁮󠁧󠁿 Southampton XI: McCarthy; Walker-Peters, Lyanco, Stephens, Salisu; Redmond, Ward-Prowse, Diallo, Elyounoussi; Tella, Broja
🏴󠁧󠁢󠁥󠁮󠁧󠁿 Liverpool XI: Alisson; Gomez, Matip, Konaté, Tsimikas; Jones, Milner, Elliott; Diogo Jota, Firmino, Minamino
🔴 FT : Southampton | 1 - 2 | Liverpool
13' | 1 - 0 | Nathan Redmond
27' | 1 - 1 | Takumi Minamino
67' | 1 - 2 | Joel Matip
👥 Head to head
Looking over their most recent head-to-head meetings stretching back to 05/04/2019 tells us that Southampton have won 1 of these & Liverpool 5, with the number of drawn results being 0.
In all, 18 goals were scored between them throughout the course of those matches, with 3 for The Saints and 15 belonging to The Reds. The average number of goals per game works out to 3.
📋 Team News: Southampton
Tino Livramento (Cruciate Ligament Rupture), Alex McCarthy (Thigh Problems) and Nathan Tella (Groin Injury) won’t be available for Southampton boss Ralph Hasenhüttl.
In all likelihood, The Saints look set to use the 4-3-2-1 system for this one, handing starts to Fraser Forster, Kyle Walker-Peters, Jan Bednarek, Lyanco, Romain Perraud, James Ward-Prowse, Oriol Romeu, Ibrahima Diallo, Stuart Armstrong, Nathan Redmond and Che Adams.
📰 Team News: Liverpool
Due to a mostly healthy group of players, there’s just the sole fitness issue for the Liverpool boss Jürgen Klopp to contend with. Fabinho (Thigh Problems) misses out for this game.
It’s our belief that The Reds appear most likely to elect for a 4-3-3 lineup, starting the game with Alisson Becker, T. Alexander-Arnold, Joel Matip, Ibrahima Konate, K. Tsimikas, Naby Keita, Jordan Henderson, Curtis Jones, Diogo Jota, Roberto Firmino and Luis Diaz.
🧠 Prediction
In this game, Southampton certainly have the ability to find the net against this Liverpool outfit, although one goal may not quite be as many as they will have scored against them.
We are therefore anticipating a very close game with a 1-2 winning score for Liverpool at full-time. It will be interesting to see how this one goes.
#KR
#EPICSPORTS