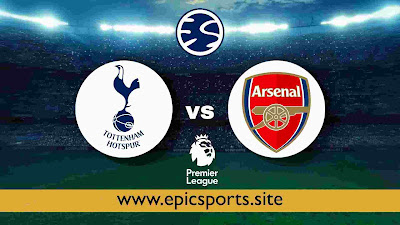 advertisement
🏴󠁧󠁢󠁥󠁮󠁧󠁿 Spurs XI: Lloris, Sánchez, Dier, Davies, Bentancur, Emerson Royal, Højbjerg, Sessegnon, Son, Kulusevski, Kane
🏴󠁧󠁢󠁥󠁮󠁧󠁿 Arsenal XI: Ramsdale, Alves Soares, Gabriel Magalhães, Holding, Tomiyasu, Xhaka, Ødegaard, Martinelli, Mohamed Elneny, Saka, Nketiah
🔴 FT : Tottenham Hotspur | 3 - 0 | Arsenal
22' | 1 - 0 | Harry Kane (pen.)
37' | 2 - 0 | Harry Kane
47' | 3 - 0 | Heung-Min Son
Tottenham Hotspur | WWLDWD
Tottenham Hotspur enter this match following on from a 1-1 Premier League drawn game versus Liverpool.
In that match, Tottenham Hotspur had 34% possession and 8 shots at goal with 3 of them on target. The only player to score for Tottenham Hotspur was Heung-Min Son (56'). For their opponents, Liverpool got 22 attempts at goal with 3 on target. Luis Díaz (74') was the scorer for Liverpool.
Their latest results reveal that not much more can be done by the Tottenham Hotspur rearguard. Tottenham Hotspur have kept it tight, resulting in the tally of goals that have flown into the back of their net during their previous six outings standing at 4. We will just have to see if that trend will end up being sustained here.
Going into this encounter, Tottenham Hotspur have not beaten Arsenal in their last 2 matches in the league.
Arsenal | LLWWWW 📈
Arsenal head into the game following a 2-1 Premier League win with the eclipse of Leeds United in their last game.
In that game, Arsenal managed 64% possession and 19 attempts at goal with 9 of them on target. The only player on the scoresheet for Arsenal was Eddie Nketiah (5', 10'). Leeds United got 3 shots at goal with 2 on target. Diego Llorente (66') was the scorer for Leeds United.
The stats don’t lie, and Arsenal have been scored against in 6 of their last 6 games, conceding 8 goals in total. At the back, Arsenal can certainly do much better.
are winless against Tottenham Hotspur in games played away from home for the previous 7 league matches. They'll be keen to stop this run.
are undefeated in their last 2 away league matches.
#KR
#EPICSPORTS