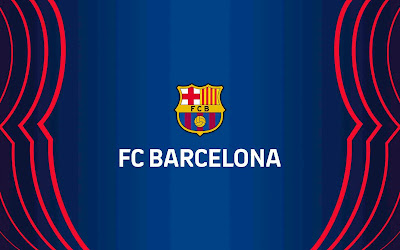 🚨🚨✅| Chelsea are ready to pay what FC Barcelona want for Frenkie De Jong.

🚨| Frenkie De Jong loves FC Barcelona. Chelsea love him. Manchester United are dreaming, but it's complicated. He knows it's time to make the final decision.

🎙| Jaume Roures, owner of Orpheus Media: “I don’t know what Barça will need to register all the players. What I do know is that this investment of €100M gives us to see the team we want to see tomorrow.” [ @QueThiJugues] #fcblive

🚨🚨| FC Barcelona are in talks with Manchester United for Sergiño Dest; the club wants €20M for him. They have offered Diogo Dalot in exchange. @sport

🚨🚨| FC Barcelona still need €30-40M to register all of the signings; fourth lever alone is not sufficient. Piqué can help with it.

🚨🚨| The tickets sold for tomorrow will be an all time record for FC Barcelona's first league match! The Camp Nou will be spectacular.

🚨🚨✅| Confirmed: FC Barcelona want to sell Sergiño Dest. He is on the market.

❗️Tomorrow there will be an absolute record of ticket sales for the first match of the season. Barça will make around €3m, just like the Gamper match.

• Approximately 9,000 people visit the museum alone everyday which accounts to around €150K/day.

🎖| This afternoon, Barça will officially announce the renewal of Nico and his loan to Valencia for 1 year. [@gerardromero]

🚨| West Ham are interested in signing Memphis. The English club believe that they have a chance of getting the deal over the line. Barça are prepare to let him leave for free. [@JacobSteinberg] #fcblive

🚨🗣 @gerardromero: “La Liga sources say that even with Pique's reduction, perhaps some other movements would be needed for Fair Play. From Barça, they tell us that there will be more movements and that there could even be some salary margin left over” @carpetasFCB #FCB 💼

🚨🚨| FC Barcelona say that a player could leave soon.

🚨🚨✅| Marcos Alonso to FC Barcelona will be done next week. Then, the full focus will be on Bernardo Silva.

🚨✅| Official: Robert Lewandowski finishes 4th in the voting for the UEFA Men’s Player of the Year.