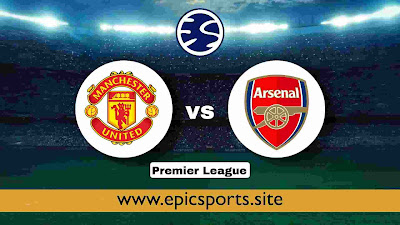 Manchester United | LLLWWW 📈
Manchester United are hoping to win again after their last result, a 0-1 Premier League victory against Leicester City.
In that match, Manchester United had 46% possession and 9 attempts on goal with 2 on target. The only player on the scoresheet for Manchester United was Jadon Sancho (23'). Leicester City had 10 shots at goal with 2 on target.
In their prior six fixtures, Erik ten Hag's Manchester United have hit the target 5 times, an average number of goals per match of 0.83.
Arsenal | WWWWWW 🎯
Arsenal head into the clash after a 2-1 Premier League win over Aston Villa in their last game.
In that match, Arsenal had 60% possession and 22 shots at goal with 9 of them on target. For Arsenal, the goalscorers were Gabriel Jesus (30') and Gabriel Martinelli (77'). At the other end, Aston Villa had 4 shots at goal with 3 on target. Douglas Luiz (74') scored for Aston Villa.
The attack-minded Arsenal have managed to bag a surfeit of goals in their past six games (18 to be precise). That has earned them the ominous mean average of 3 goals scored per game for this time. It will be interesting to see if that trend will end up being continued on into this next match.
Coming into this clash, Arsenal are undefeated in their previous 2 league matches away from home..