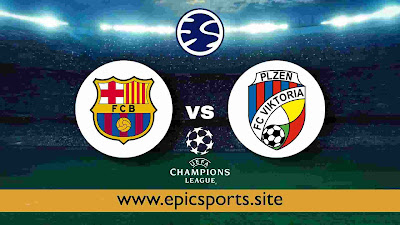 Barcelona | DLDWWW 📈
Barcelona will be looking for a repeat result of the 0-3 La Liga victory versus Sevilla.
In that match, Barcelona had 54% possession and 18 attempts on goal with 8 on target. For Barcelona, the goalscorers were Raphinha (21'), Robert Lewandowski (36') and Eric García (50'). For their opponents, Sevilla had 9 attempts on goal with 4 of them on target.
A common theme in more recent Barcelona games is the high number of scores with a nil in them.
Taking their previous sextet of clashes leading up to this one, in 5 of them a bet on "Both Teams to Score" would have been a losing one.
Viktoria Plzeň | WDWWWW 📈
Viktoria Plzeň will come into the clash following a 0-1 First League win to defeat Slovan Liberec in their last game.
The only player to score from Viktoria Plzeň was Jan Sýkora (41').
A succession of reliable displays from the Viktoria Plzeň defensive unit has resulted in the number of goals they’ve conceded amounting to 2 from their previous 6 fixtures overall. During the same period of time, the number of goals that they have scored themselves amounts to 9. However, time will tell if such a trend might be replicated in this next match or not.