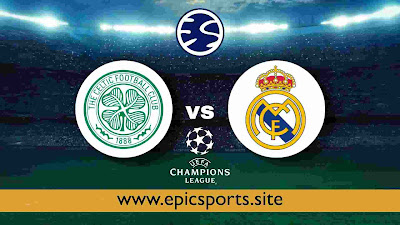 Celtic | WWWWWW 💯
Celtic fans will want a repeat of their previous result, being the 4-0 Premiership victory against Rangers.
In that match, Celtic had 45% possession and 15 attempts at goal with 6 on target. For Celtic, goals were scored by Liel Abada (8', 40'), Jota (32') and David Turnbull (78'). Rangers had 11 shots at goal with 2 of them on target.
Their more recent scorelines reveal that it has been a great time for the Celtic backline. Celtic have been stingy, with the number of goals that have gone in at their end during their last 6 matches standing at 2.
Real Madrid | WWWWWW 🎯
Real Madrid will go into the clash following a 2-1 La Liga win in the defeat of Real Betis in their last outing.
In that match, Real Madrid had 50% possession and 22 attempts on goal with 4 of them on target. For Real Madrid, the scorers were Vinicius Júnior (9') and Rodrygo Goes (65'). On the other side, Real Betis had 8 attempts on goal with 4 on target. Sergio Canales (17') scored for Real Betis.
Over the course of their last 6 outings, Real Madrid have bagged the sum of 14 goals. Real Madrid have also scored in every single one of those games. During that period, they have had 4 goals go against them. Such a pattern might not follow through into this match, of course.