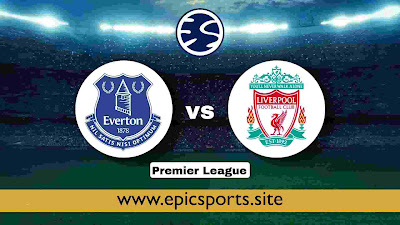 Everton | LLDWDD
Everton go into this fixture coming off the back of a 1-1 Premier League draw against Leeds United.
In that game, Everton had 30% possession and 7 shots at goal with 2 on target. The only player to score for Everton was Anthony Gordon (17'). At the other end, Leeds United had 14 shots at goal with 5 on target. Luis Sinisterra (55') was the scorer for Leeds United.
Under three goals per match were recorded in 5 of the last 6 fixtures where Everton have been involved. Regarding the goal distribution during that period, their opponents scored an aggregate of 6 while Everton totted up 5.
Liverpool | WDDLWW
Liverpool will go into this clash after a 2-1 Premier League win to defeat Newcastle United in their last game.
In that match, Liverpool managed 72% possession and 23 shots at goal with 6 on target. For Liverpool, goals were scored by Roberto Firmino (61') and Fábio Carvalho (98'). At the other end, Newcastle United had 5 attempts at goal with 2 of them on target. Alexander Isak (38') was the scorer for Newcastle United.
In their last half-dozen clashes, Liverpool have amassed a tally of 18 goals. Liverpool have also managed to score on each one of those occasions. Over that period, they’ve had 7 goals go against them. That sort of pattern might not follow through here, of course.