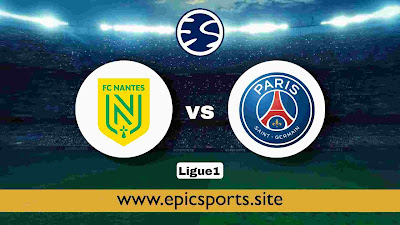 Nantes | LDDLWD
Nantes will play in this match coming off the back of a 1-1 Ligue 1 drawn match against Strasbourg.
In that match, Nantes managed 54% possession and 13 shots on goal with 3 on target. The only player on the scoresheet for Nantes was Mostafa Mohamed (85'). On the other side, Strasbourg got 5 shots on goal with 2 of them on target. Habib Diallo (28') was the scorer for Strasbourg.
It has been seldom in recent times that Nantes haven’t conceded. The facts show that Nantes have been scored against in 5 of their previous 6 matches, giving up 9 goals along the way.
Heading into this fixture, Nantes are unbeaten in their previous 6 league matches at home.
Paris Saint-Germain | WWWWDW 📈
PSG head into the game after a 0-3 Ligue 1 win to beat Toulouse in their last game.
In that match, Paris Saint-Germain had 62% possession and 20 shots at goal with 13 on target. For Paris Saint-Germain, goals were scored by Neymar (37'), Kylian Mbappé (50') and Juan Bernat (90'). On the other side, Toulouse had 14 attempts at goal with 7 of them on target.
In as many as 5 out of the previous 6 clashes featuring Paris Saint-Germain, at least three goals have been hit. The overall average number of goals per match during that time is 4.83, with the number of goals averaged by Paris Saint-Germain coming out as 4.17. We will have to find out whether or not that trend will be sustained into this next match.
Coming into this clash, Paris Saint-Germain are unbeaten in their previous 7 away league matches.