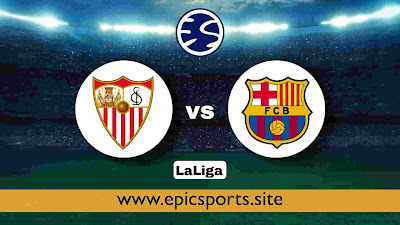 Sevilla | DDWLDL
Sevilla won’t want a repeat of their last result here after the 2-1 La Liga loss in their previous game against UD Almería.
In that match, Sevilla had 69% possession and 13 shots at goal with 5 on target. The only player on the scoresheet for Sevilla was Óliver Torres (30'). Almería had 11 shots on goal with 5 on target. Largie Ramazani (42') and Umar Sadiq (55') scored for UD Almería.
In their past six games, Julen Lopetegui's Sevilla have managed to score a combined total of 5 times which gives them an average number of goals per match equal to 0.83.
Barcelona | WDLDWW
Barcelona will go into the meeting following on from a 4-0 La Liga win as they beat Real Valladolid in their last game.
In that match, Barcelona had 68% possession and 24 attempts on goal with 9 on target. For Barcelona, the goals were scored by Robert Lewandowski (24', 64'), Pedri (43') and Sergi Roberto (92'). For their opponents, Real Valladolid had 7 shots at goal with 3 on target.
A run of effective performances by the Barcelona defence has resulted in the number of goals they’ve conceded standing at 4 from their past 6 clashes combined. During the same period of time, the number of goals that they have scored themselves is 11.