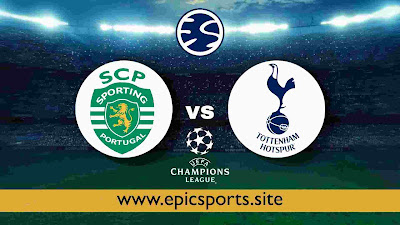 Sporting Lisbon | WLLWWW 📈
Sporting Lisbon, buoyed by their previous result, will be hoping for more of the same after a 4-0 Primeira Liga victory vs Portimonense.
In that game, Sporting Lisbon managed 61% possession and 17 shots at goal with 7 of them on target. For Sporting Lisbon, the goalscorers were Trincão (7', 41'), Pedro Gonçalves (72') and Nuno Santos (76'). On the other side, Portimonense had 4 shots on goal with 1 of them on target.
An interesting feature of more recent Sporting Lisbon games is the number of nil scores.
Taking their previous 6 matches before this one, in as many as 6 of them a bet on "Both Teams to Score" would have lost.
Tottenham Hotspur | DWWDWW 📈
Tottenham Hotspur go into this match after a 2-0 Champions League win as they beat Marseille in their previous game.
In that game, Tottenham Hotspur managed 50% possession and 18 attempts on goal with 2 on target. The scorer for Tottenham Hotspur was Richarlison (76', 81'). Marseille got 9 attempts on goal with 1 of them on target.
A succession of very capable performances from the Tottenham Hotspur defensive players has resulted in the number of goals they’ve conceded amounting to 4 from their past 6 fixtures combined. In that time, their own forwards have managed to score 10. That aside, we will just have to wait and see if that pattern will persist in this upcoming match..